The Raspberry Pi can do a lot of things that your PC can do – but it’s not designed to do everything. The Pi has an ARM processor, which means that it doesn’t have out-of-the-box support for programs designed for computers with x86 processors. That’s a bummer, because x86 is Intel’s processor infrastructure – the one you’d find on PCs, and the one you’d need to run Windows programs. The good news, though, is that there’s a way around this. By using ExaGear, a paid program, we can emulate an x86 environment and run Windows applications like Skype, Spotify, and uTorrent. The folks at ExaGear were kind enough to send us a free product key. Here’s how we put it to use.

How to run x86 programs on the Raspberry Pi

For this project, you’ll need your Raspberry Pi and standard peripherals (a power source, monitor, keyboard, and mouse), plus a microSD card (bigger is better, as ExaGear and the programs we’ll want to use will take up space – try to get at least 16 GB) and an ExaGear license.

You know how to do this, because we’ve showed you how to install Raspbian on the Raspberry Pi before. Go ahead and get that done, then meet us in the next step.

Hop into the terminal on Raspbian and enter this line: 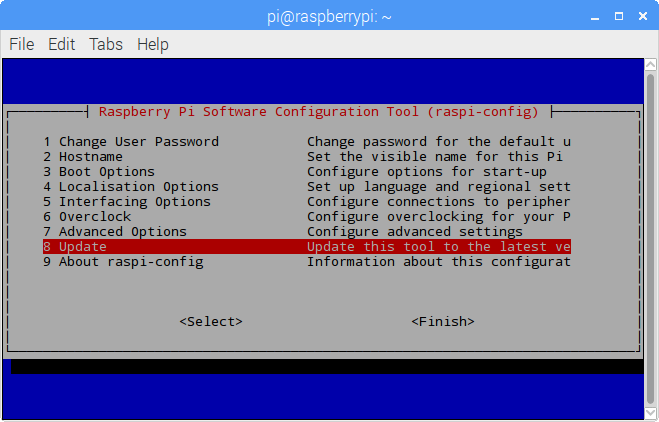 This should turn your terminal window into a blue field with a gray menu in it. Select Update – Update this tool to the latest version. Let that play out, then hit Advanced Options > GL Driver > GL (Full KMS) OpenGL desktop driver with full KMS. You should get a pop-up letting you know that “Full KMS GL driver is enabled.” Hit OK, then Finish. You’ll be prompted to reboot. Say Yes. 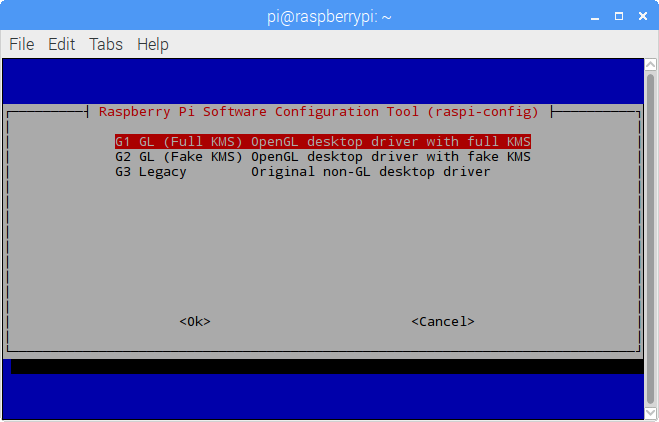 Alright, time for ExaGear! ExaGear is what makes this all possible – it will emulate an x86 environment on the Raspberry Pi. First, you’ll need an ExaGear product key, because this program isn’t free (except for us, sorry).

Save your ExaGear product key to your Downloads directory on your Pi (the key needs to be in the same directory as ExaGear, and ExaGear is going here, so Downloads is the easy choice).

Let’s go get ExaGear. To the terminal!

Be prepared to wait 10 minutes or so for that to download, especially if you’re relying on Wi-Fi. Then unzip that compressed file.

Staying right there in the command line, run this:

There you go – ExaGear will install a guest x86 image – one of its choice, based on your hardware. You can force it to choose Ubuntu, though, by saying this:

…instead of the first option we gave you in this step. Why Ubuntu? It runs Spotify, so Spotify super-fans will want to go with this route.

So that’s it for installing ExaGear – but your Pi won’t run the x86 image until you tell it to. You can tell it to do so in the terminal with this command: 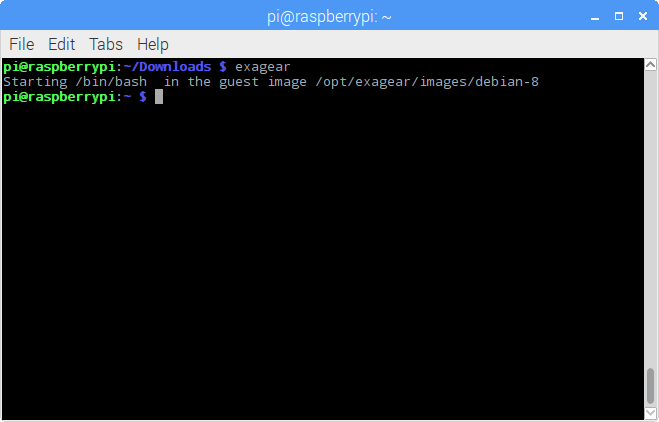 x86 repositories are now available to you! And that includes Wine, the program that will let you run Windows programs on x86 Linux machines. Let’s go ahead and get that:

For more on Wine and getting your actual Windows programs, check out WineHQ.

Once you’ve used the exagear command, you’ll be in an guest x86 session until you exit with (what else):

And that’s it! With a very simple setup process, ExaGear will allow you to run x86 programs on the Raspberry Pi – including Windows applications, which can be run with the help of Wine.

How to SSH into the Raspberry Pi