If you’re interested in technology, DIY projects, or home automation, you’ve probably heard something about a product called the Raspberry Pi. The Raspberry Pi has legions of die-hard fans singing its praises and swapping seemingly endless ideas for Raspberry Pi projects. But what is a Raspberry Pi, exactly? It can do so many different things that it’s sometimes hard to pin down what it’s supposed to do, or what it’s supposed to be. And many how-to guides and tutorials jump right into the nitty-gritty without bothering to stop and ask the basic questions – like what is a Raspberry Pi, and why do we need one for this project?

That’s why we’re going back to basics in this post and addressing the core question: what is a Raspberry Pi?

What is a Raspberry Pi? 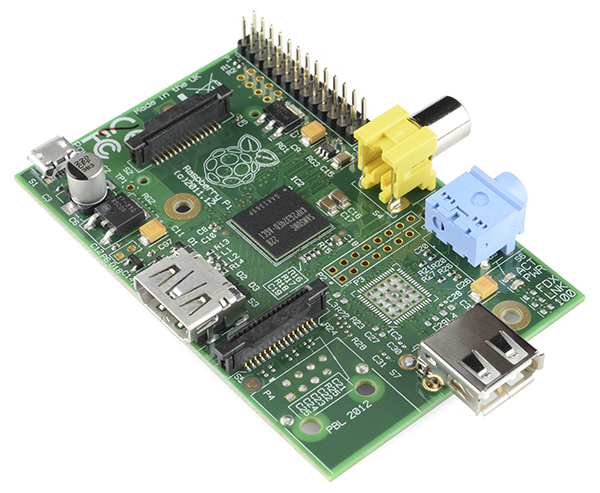 Yep, that’s a computer, albeit a very simple one. It’s a “single-board” computer, meaning a very simple one with just one circuit board. The CPU is right there on the board. But, of course, it’s missing a bunch of things we’d expect from a consumer product: there’s no monitor, keyboard, or mouse. There’s also no operating system or programs. The whole device is about the size of a pack of cigarettes (but it’s a lot better for you).

So what’s it for? Well, it was originally supposed to be a teaching tool, but things changed quickly. Let’s go back to the beginning.

A brief history of the Raspberry Pi

The Raspberry Pi was originally developed by a UK-based charity. The idea was that the simple little computer could be used to teach basic computer science: students can load simple operating systems on the Pi, plug in peripherals (like a mouse, a keyboard, or additional storage), and design and run simple programs on it.

The key thing about the Raspberry Pi was that it was cheap. The idea was that it could be sent to developing nations, spreading computer science knowledge well beyond highly developed countries like the UK.

The idea worked, but it also sparked interest outside of the academic community. A simple, cheap little computer has a lot of uses, and hobbyists sound found tons of ways to use the little device – which brings us to the next section.

What does the Raspberry Pi do?

Let’s start with the obvious. The Raspberry Pi is a tiny computer, so you can load a basic operating system and use it as a low-powered PC. You might be surprised to learn just how much you can do on a device that costs less than $40. A Raspberry Pi can run a word processor, a web browser, and even video game system emulators and ROMs.

The real fun starts when you dedicate a Raspberry Pi to just one task. A Raspberry Pi can work as a dedicated entertainment device or as a part of your smart home. Here are just a few examples of things hobbyists have shown us how to do with the Raspberry Pi:

I included that last one just to show how strange and specific things can get. You can do almost anything with a Raspberry Pi when you combine it with other hardware: have it send you an email when your home doorbell rings, for instance, or take a photo when it detects movement. The options are almost limitless, and they grow every day as brilliant hobbyists come up with new ways to use the device.

The different types of Raspberry Pi

What is a Raspberry Pi? Well, it’s one of several devices. The original Raspberry Pi that I mentioned in the history section is long gone now, replaced by newer models of various sizes and abilities. Here’s a short comparison of the current lineup:

Why choose a Raspberry Pi?

So a Raspberry Pi can be almost anything. What can it be for you?

Well, that’s the beauty of it: whether you’re a total beginner or a die-hard tech-savvy DIYer, there’s a Raspberry Pi project that’s perfect for you. With a few simple clicks and a microSD card, you can put a media center app like Kodi or Plex on your device. With a little more know-how, the Raspberry Pi can be an arcade. Get really intense, and you can connect the Raspberry Pi to smart devices, home security tools, LED strips, and more. It really is up to you!

Once you try it, you may find that you’re hooked. I know we are.

So what is a Raspberry Pi? It’s whatever you want it to be – and you’ve come to the right place to find out what that is. Also, be sure to check out our sister site Cordcutting.com for even more Raspberry Pi tutorials.