The Raspberry Pi is a relatively lightweight computer by today’s standards. After all, what can you expect from a $35 device? But compared to the personal computers that some of us grew up with, the Raspberry Pi isn’t that weak at all. A Raspberry Pi can run a lot of old computer programs without trouble – including those wonderful old Microsoft DOS games. Here’s how to play retro games on the Raspberry Pi with DOSBox, a MS-DOS emulator.

What you’ll need to install DOSBox

To get started here, all you’ll need is your Raspberry Pi, essential peripherals (a screen, mouse, and keyboard), and a microSD or SD card.

I told you I’d tell you how to play retro games on the Raspberry Pi, and here is the answer: DOSBox, a MS-DOS emulator. Thankfully, getting DOSBox is the easiest part of this process. Just open the terminal and type this command:

You’ll have to hit “y” to confirm your choice.

Make a folder for your games

Make a new folder within your home directory (home/pi) called dos-games. You can do this either through the GUI or in the command line with this command:

How to configure DOSBox

DOSBox works great out of the box, but there are a few things you can do to tweak and improve the experience.

Set up your controller 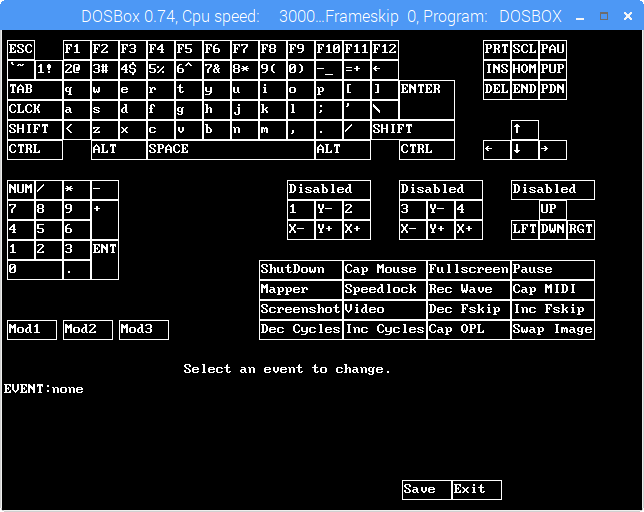 DOSBox automatically detects some controllers, but you can set your controller’s button values through the terminal with the command:

You can open the config file in the GUI or with this command:

This is where you can tweak technical settings like the screen size. 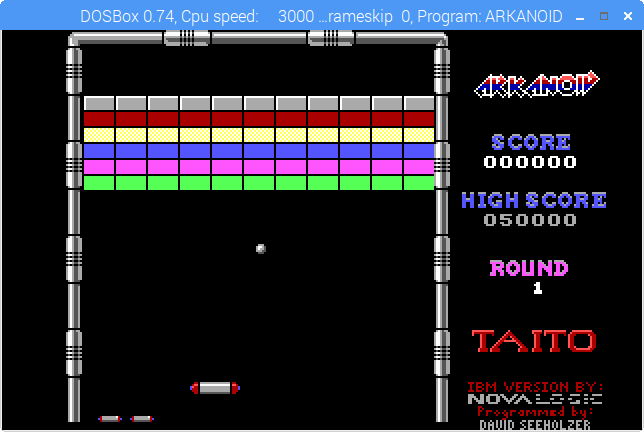 You can find ROMs for your DOSBox all over online. We’ll leave that to you, with the gentle reminder that the current standard for emulator ethics is that you should own a physical copy of the game you’re emulating.

To install a game, just download a ROM, unzip the file (ROMs always download as compressed files), and move the file into your /dos-games folder. Then run DOSBox (you can just type “dosbox” in the terminal to do this) and type:

Where “yourgame” is replaced by the folder name of the game you want to install. All of the games’ files need to be in this folder, and it needs to be a folder, not an .exe file. Remember, you’re typing this in the DOSBox window, not the terminal! Then, type:

Now you can just type the name of the game you want to play (the filename of the .exe file, but without the “.exe” part) and it will run in DOSBox!